We caught five female kittens who were roaming  the street.
​We took them to the vet to be neutered and hopefully we will find good homes for them!
They are adorable!
​

​Sam has been in a recovery cage for 2 weeks and had all his antibiotics and painkillers.
Today we've let him out of the cage and because we didn't want him in the street again we've released him in our secured garden.
He's still limping a bit but is walking on 4 legs and seems to be fine.
​ 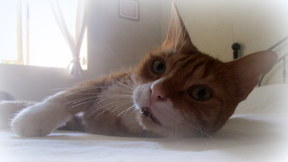 ​Gussy is feeling so much better! 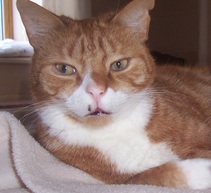 Gussy went to the vet for a dental.
Four teeth were removed and the others were cleaned. Hopefully he'll feel better soon!

Sam is doing very well. He's a quiet patient and hopefully he will remain like this because according to the vet it will take approx. 4 weeks to recover. He has high dose antibiotics and painkillers for 2 weeks.
Fingers crossed for our dear Sam!

Sam was operated this afternoon. Everything went well but he’s still very sleepy and didn’t come out completely from the anaesthetics yet. We will keep you updated in the coming days.

Thanks for your donation! 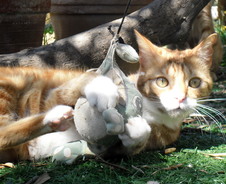 We received the results of Gussy’s blood test: everything is very good! Unbelievable but of course we’re very happy with this result! Maybe he was just suffering with the heat?

The only thing that could be wrong is that two of his teeth are infected so we will book him to remove them this week. 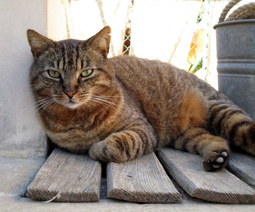 Sam is one of our outdoor cats who’s always around but we didn't see him since 5 September. We have been calling him and searching for him the whole week but at no avail. He’s a big cat and very slow so our biggest fear was that he was hit by car and didn't manage to come home….
We didn't expect to see him again but all of a sudden he showed up today! Hallelujah! He was limping and seemed to be in pain so we rushed him to the vet.
His hip was dislocated and the vets have been trying to relocate it but it came out again with the slightest movement and the only option was to operate him.
A difficult decision because this is a very costly orthopaedic operation but we agreed that we couldn't leave him in this (very painful) situation so we booked him for an operation tomorrow.


The vet bill will be sky high so please: support Sam! Everything counts and we’re happy with the ANY donation!
Thank you! 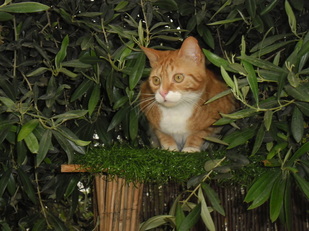 Gussy didn’t look well these last days so we took him to the vet (again). He had a very good check-up but nothing serious could be found in the first place so we decided to do a FIV/FeLV test. Our biggest fear was that it would be positive but at least it was negative…. YEAH! A big relieve!
But still we were very worried because he had been very quiet this last week and thought something had to be wrong with him so we opted for a General Health Blood test. We will have the results in a couple of days. 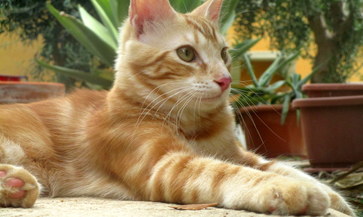 5 September 2015
We received the information that cats were living in an old house in Mellieha which is going to be demolished (to build apartments) and the cats had NO way to escape. This would mean that the cats would be buried in the rubble when demolishing would start so we went there to have a look.
Not that easy because the current owner is an old (very dirty!) old man and it took some time to convince him that he had to open the door for us.
We went with three persons (all women) and it was a scary (and dirty) experience but at least we managed to see the cats: 3 kittens and 5 or 6 adult cats. They were all very scared and were hiding between walls but for sure we will manage to catch them.
The problem at this time is to find a safe place for them but we'll do our very best!

A young female was caught and neutered.
She had 3 kittens and as a home was found for two of the kittens, they were caught also and went to a lovely home.