We were told that MAGGIE was being kept in a cage for 2.5 months in a dark room. This broke our hearts so we decided to take her in.
We knew that she had problems with her eyes and one eye had to be removed; of course she was also neutered.
We were hoping that she still had sight from her other eye but unfortunately she's doesn't see anything, only a shade when we move a colourful object in front of her eye.
Nevertheless she's VERY happy and VERY lovely!

EVA was caught in one of one of our colonies and was neutered and microchipped.
She will join the other kittens in our kitten room and will stay here forever also..
No picture available yet as she's always hiding.

We've been feeding TRIBAL MARK in one of our colonies for over 9 years and she was the most difficult cat to catch (to neuter) at that time.
She got pregnant several times and she's the mummy of Salt, Tigger and Picolina who were born in 2011 and all had very infected eyes so we took them in and they're still living here.
In 2013 she had her last babies and MICKEY is one of them.
After this we finally managed to catch her and she was neutered.
She was living in happy life in the colony but some weeks ago we saw that she had problems with her teeth and we started trying to catch her but she made it as difficult as before..
It took us 2 weeks to catch her but finally we managed and on the 12th November 2020 we took her to the vet and 6th teeth were removed.
She had some difficult (painful) days but recovered very well and because of her age we didn't want to put her back in her colony and decided to keep her here where she can enjoy her retirement. 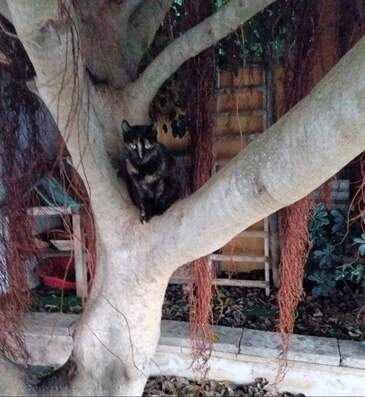 5 rescued kittens from one of our colonies 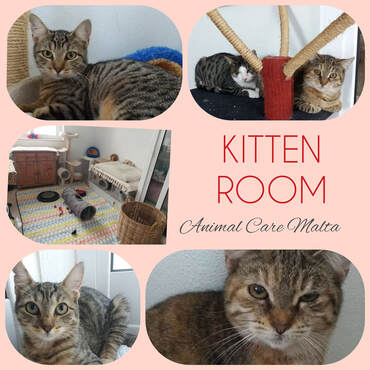 FUXA is always taking care of our babies, this time BEN is his little darling 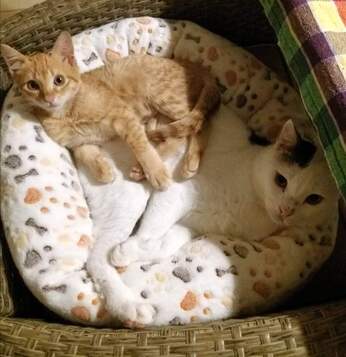 5th November 2020
​
​​​ROGER was found abandoned in a dangerous main road in Mellieha. Charlie recognized him as one of the cats he's feeding in his colonies so we arranged that he was picked up from there and was brought here.
​

A kitten was rescued from a car engine and was brought here.
Although we're really full up, we couldn't refuse.....
Look at his cute little face!
​We've named him BEN.