28th February 2015
Ceri & Steve Pimblett organised a Wine Tasting Fundraising Event on the 21st February 2015 and their guests were asked to donate to Animal Care Malta.
They collected € 200-,--
Thank you so much Ceri and Steve!

22nd February 2015
Things are coming back to normal slowly but unfortunately flu is still in the air... 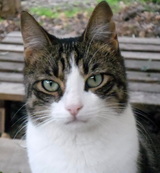 We took Woody to the vet again as he was looking sad. No signs of any disease but we knew that something was wrong with him.
We have a lovely vet who checked him over and over again and in the end she found out that he had a very sensible tummy and was constipated.
We gave him Paraffin Oil three times daily but it took 3 days until we found some pooh (like hard olives) in his litterbox; it was like we won the lottery! (forgot to take pictures!) How happy you can be :-)
Woody looked much better and relieved straight away but we kept him in for a couple of more days to make sure he was fine. 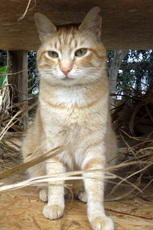 With so many cats to take care of there's always something.
Today Pinky was limping and she felt very sorry for herself; she's a real girly girl :-)
We don't know what's wrong with her but we gave her a painkiller and hopefully she'll be better in the coming days. If not, we'll take her to the vet.

We are always VERY happy with any donation and we always send a "Thank You" but sometimes we receive a donation from people we don't know. No email address, nothing, so we can't send them anything.
Today we received another donation from M.Verbeek-Van Bensem (name is mentioned on the bank statement) but we can't send a Thank You.
If you read this M. Verbeek-Van Bensem: THANK YOU SO MUCH! Your donation is VERY much appreciated!

Not only the cats had flu these last weeks; unfortunately we were also "knocked down" with flu.
Hopefully things will come to normal in the coming weeks.

Hope to see you here soon again with some updates.


These last weeks we had a cat flu outbreak so all our recovery cages were full up with sick cats.
To make things worse, even the cats who are living indoors developed cat flu one after another, so we were busy all day to medicate them; this is not that easy as some of them simply refuse to take ANY medicine.
At least it’s a lot better now, almost all of them recovered except MoMi who’s still sneezing but for sure she will be better in a couple of days.