Mama Sofia's two ginger boys went to their forever home, a very emotional day, not only for the kittens.... 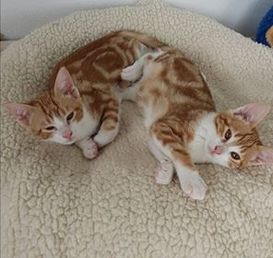 22nd February 2018
Last Sunday a male cat was caught in a colony in Mellieha to be neutered on Monday but the vet discovered that he was already neutered.
As we didn't see a clip in his ears (a mark which is done by the vet to show that a stray is neutered) and because he was very friendly, we assumed he was dumped in the colony.
We didn't have the heart to put him back in the colony and decided to keep him here.
Later we noticed that he has a very small clip in his left ear, which also could have been caused by a fight, we really don't know as we're the only NGO neutering in that colony, but at least Joey (how we named him) is safe now. 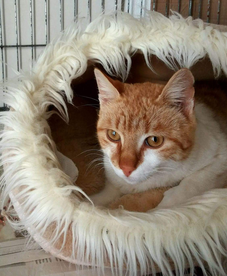 Bailey is doing very well but still doesn't want to come out of her cage, where she feels safe.
We're putting her on the floor every day for a short time (in her iglo), hoping that she'll start walking around but the only progress until now is that she's doing a few steps...
As soon as we put her back in the cage she starts playing and jumping and is VERY happy!
But of course she can't stay in a cage forever so hopefully, little by little, she'll be more confident.
She's still scratching her neck so we invented another band around her neck so she can't scratch it more, we even cut her front nails but today we found out that she's scratching with her back nails!

Bona was doing well (although we were worried as her belly was a bit hard) but today we found out that her wound opened again a bit and pus was coming out.
Very upsetting and after a lot of talking with the vet she's on 2 kinds of antibiotics again, she's having an immune booster and we're cleaning her tummy a few times a day.
Let's hope and pray that once the pus is out she'll be finally ok!

14th February 2018
Bailey was neutered today.
Not because we really wanted to neuter her already because we prefer to wait until our kittens are 6-7 months but as she had severe gingivitis we were very worried as she could have FIV and or FeLV.
We did the test and THANK GOD she's negative! 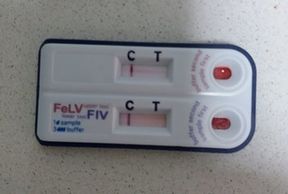 Her bad teeth were taken off also (because of the bad gingivitis) and her eyes were opened a bit. 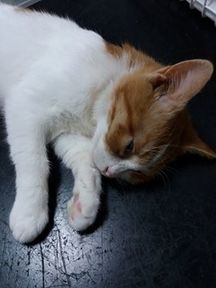 Bona in her new catbody. 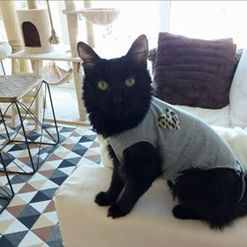 6th February 2018
​
Vet day
Mama Sofia and her kittens had their first vaccinations.
It was unbelievable how they reacted to the vet: hissing and hiding... 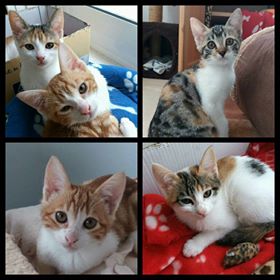 Bailey was also planned to have her first vaccination but she has severe gingivitis and the vet had to give her a steroid injection so couldn't vaccinate her today. 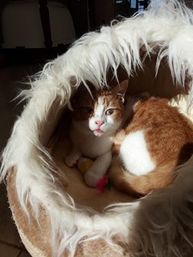 Bona had a check up.
We were very disappointed as we thought that she was doing well but she still has an infection.
She needs another week antibiotics and painkillers. 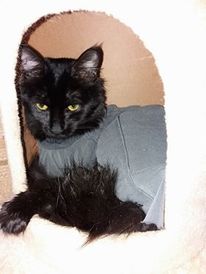 This morning we had a big shock as Bona managed to take off her "body suit" during the night and opened the stitches.
Of course we contacted our vet straight away and according to her we shouldn't worry too much if it's only the skin and advised us to clean the wound regularly with saline and put Manuka Honey on it.
We're using Manuka honey already for a lot of things and it makes miracles so hopefully also for Bona.

1st February 2018
Bona is doing well.
She gave us a hard time as she took off every collar we've put on her; she really needs this as the vet couldn't make stitches inside, due to the inflammation.
But... we're very creative and made this "body suit", it's just a sleeve of an old T-shirt with 4 holes in it (for her legs) but it works! 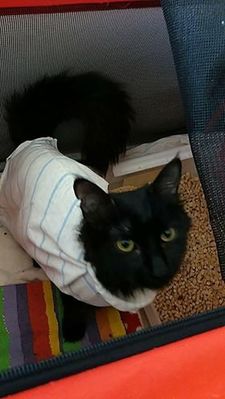 If you like the work we're doing and you want us to continue, please donate as we're running out of funds and we need your support!
Please consider to give us a monthly donation or virtual adopt one of our rescued cats, thank you! 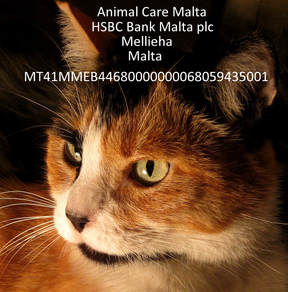