​30th April 2018
Mausje had a very bad day yesterday and we were afraid that he was going to pass away.
​Today we took him to the vet again and he had all the usual injections, poor little baby...
We can only hope and pray that he will be better soon. 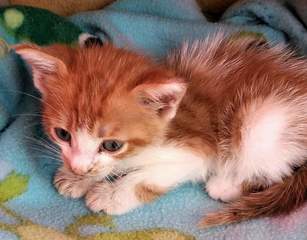 Our little Ienie Mienie Maus has been a BIG worry these last days, especially because the vet expected KFS (Kitten Fading Syndrome) and told me that I had to count with the fact that he wouldn't survive....
But... I NEVER give up and was determined to pull him through this difficult time.
He was given everything possible: every three hours some syringes with water (because he was very dehydrated), Calo-Pet (for minerals and vitamins), Manuka Honey (a natural antibiotic) and he was forced fed throughout the day with a syringe (because he wasn't eating enough).
Yesterday late at night he started eating with the others so that was already a big reward!

Today he had to go to the vet again and he was a LOT better!
Still a bit dehydrated so he had fluid under the skin again and an antibiotic and vitamin injection to be on the safe side.
He gained 45 grams in two days (he's 305 grams now) so he's on the way to recovery!
He still needs a lot of attention but we're very positive and will do EVERYTHING to save him! 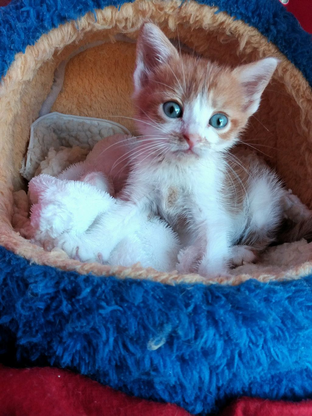 The kittens went to the vet and all had deworming injections.
One of them (the smallest one) is very weak and dehydrated; he got a vitamin injection, fluid under the skin and antibiotics injection.
He has to go to the vet again this Friday.

On the way back home there was a very nice smell in the car.....NOT!
They all needed a bath after arriving home......​​ 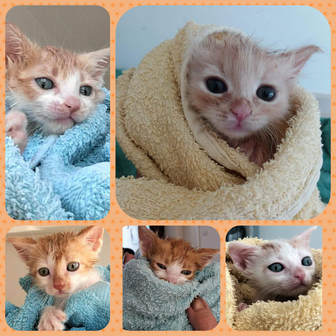 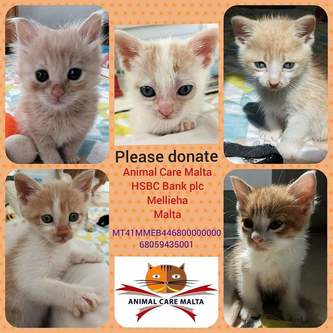 19th April 2018
5 abandoned kittens were brought here by Animal Welfare, a government department.
They are only 3-4 weeks old and will keep us busy.... 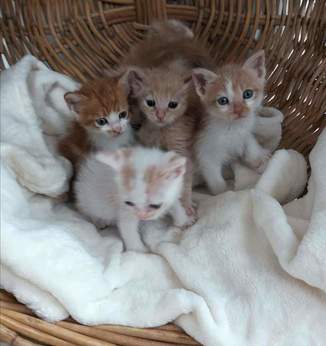 9th April 2018
According to the vet the kittens were killed by a dog.
Just the same very bad but at least there were no humans involved as we would have turned every stone upside down to find out.

8th April 2018
In the evening we received a very upsetting phone call from the feeder of a colony we're taking care of.
One week ago a cat gave birth to 4 kittens in this colony and was in a cardboard box in a secluded area but tonight the feeder found all the kittens killed.
In her opinion they were stabbed by a human person so we were devastated....
We arranged an autopsy for tomorrow.

We have pictures of the killed kittens but we won't post them here as it's too upsetting....

5th April 2018
Nirvana, who adopted Fuxa virtually came to visit him and brought him some great presents! 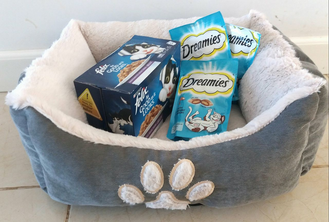 4th April 2018
Bailey had her second vaccination and check up. 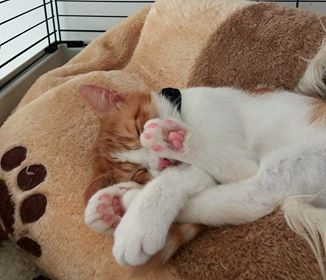