​22nd February 2022
​Maybe you remember that we took in Micha and her daughter Sophia some time ago.
Usually we don't take in home cats but we were afraid that their owners would throw them out in the streets so we took the decision to keep them safe.
We're not used to Persians but we saw that Micha (the Persian) wasn't happy and had a lot of knots but she didn't let us touch her so we couldn't do anything....
​We were afraid to take her to "just" a groomer (as there are a lot of bad experiences) so we decided to ask our vet for advice and were told that we could make an appointment with the groomer who comes to the clinic and only grooms cats under sedation.
Last Friday we had the appointment and Micha had also a good check up, especially her ears as she was scratching them, and was microchipped.
​
​After the grooming, which took 1 hour and 15 minutes (!), the groomer said that she never saw something so bad in 10 years time! She was completely matted! For sure her previous owners never did anything!
She also had ear mites in both ears so they were cleaned thoroughly but need also being medicated for 15 days.
Today she's already purring and even grooming herself and looks like a complete different cat!
14th February 2022 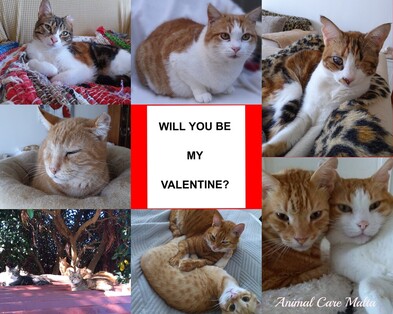