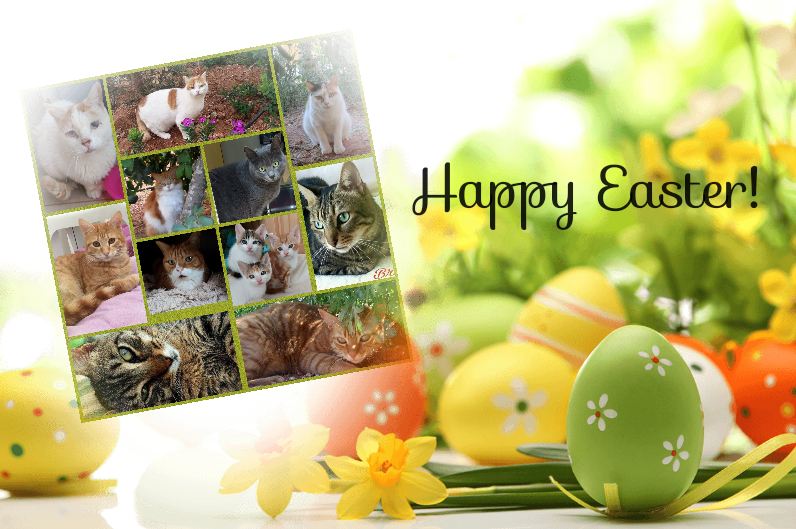 28th March 2018
We've had a very busy month -as always- and updates were postponed because of more urgent cases but hopefully you'll forgive us.
If you would like to be updated more often -and be in touch- please like our Facebook page and you'll have updates daily (Animal Care Malta Cat Sanctuary).

First of all we're very happy to tell you that Bona recovered completely after having antibiotics for another week.

Sofia was VERY upset after we homed her two baby boys and we felt VERY guilty about that.
She's been such a good mother so although we had a lot of adoption requests for her 3 baby girls, we've told her that she can keep them.
They will stay here all together and will enjoy each other's company and our safe sanctuary and gardens.

Today they were all neutered, a very stressful day as especially Sofia was very upset but for sure she will be fine soon.
Usually we don't neuter kittens at such an early age (they are 4.5 months now) but Sofia was already on heat and needed to be neutered but we didn't want to separate her from her 3 baby girls so we decided to neuter them all together. 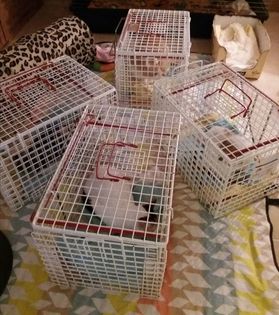 Bailey, our blind kitten, finally became more confident.
She didn't want to come out of her cage for about 2 months which was worrying us a lot as she couldn't stay in a cage forever...
Of course she felt safe but we've put her out of the cage every day for a little while; at first 10 minutes, then half an hour, etc. and finally our patience was rewarded.
She's very happy, playing (and sleeping) a lot and at least she's part of the family now.
We're keeping her inside, in our house which is also a part of the sanctuary, as she can't live with all the other cats outside. 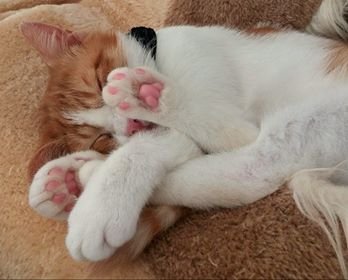 Last Thursday morning, 23rd March, a new cat was spotted in one of our colonies. He was wearing a yellow collar with a tag and we managed to contact his owner.
It was almost unbelievable that he was spotted in Mellieha as he was lost in Sliema (the other side of the island) since January!
His owner came to Mellieha in the afternoon but Napoleon (Napsie) was very afraid and nervous and we didn't manage to catch him. Very disappointing... 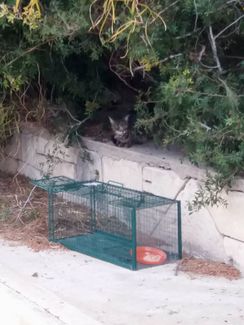 Napsie on top of cat trap
The next day his owner came again and after a lot of searching and calling we saw him in almost the same spot.
And finally we caught him! It was like we won the lottery! 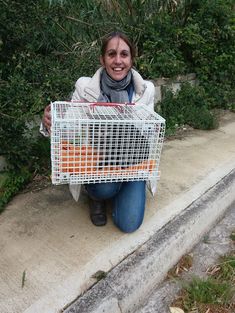 Napsie with his owner Nadine

He was taken to the vet immediately and beside being weak and dehydrated he was doing fine.
A bit later he was happily sleeping at home, snuggled up in some blankets... 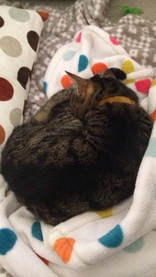 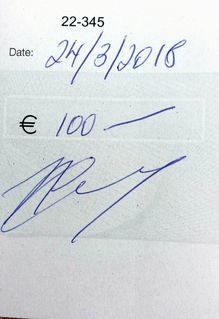 Of course there was no need but VERY much appreciated!
THE (happy) END

Bona had a check up.
Unfortunately she's still not completely ok (although a LOT better!) and needs antibiotics for a few more days.... 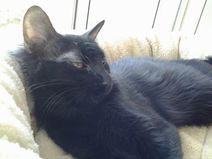 Fuxa had a steroid injection because he has the same (skin) problems as always....
We started giving him l-Lysene to boost his immune system. 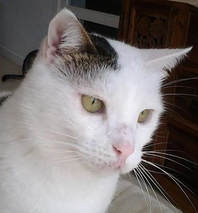