The Office of The Prime Minister and The Malta National Philharmonic Orchestra, will be teaming together for the concert Classics Under The Stars, held at Girgenti Palace on 31st July 2015.
For the third year running, this concert will be free of charge for the general public, and will be encouraging those present to donate in aid of the animal sanctuaries in Malta.
For the third time we were invited to participate in this event and attended the press conference today at Girgenti Palace to launch this event.

Frankie is doing very well in his new home. He's reading a lot so he comes very tired :-) 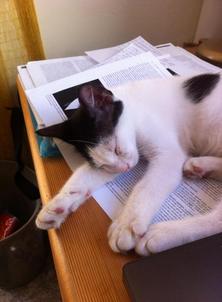 Copper Dewdrop is growing (4 months in a few days time) but he's still a baby who loves to sleep with his soft toy :-) 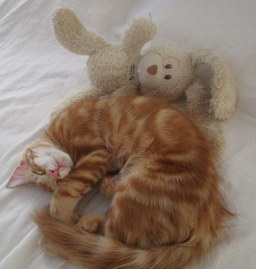 Rosie and Chrissy are both completely healthy now and will be for adoption by the end of this week.
We hope to find the very best home for them together! 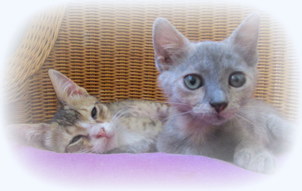 
Rosie and Chrissy became BEST friends!
We hope to home them together. 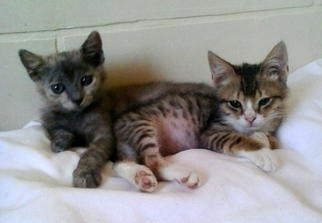 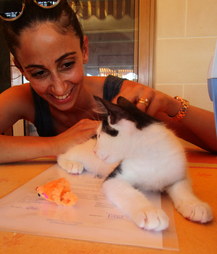 Fuxa was examined as he has spots on his nose again. He had a steroid injection as this was the only remedy last year, after trying a lot of antibiotics, creams and anti-fungus medication.
It could be a sun allergy but the more we try to keep him out of the sun, the more he likes sunbathing! We're trying to apply sunblock every day but although he's one of the sweetest cats, he simply HATES any medication and gives us a very hard time, even to put some cream on his nose and ears.... 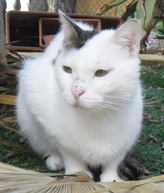 Frankie had a general check up. He's a very healhy kitten so hopefully he'll find a very good home soon!
He also had a bath and was deflead and dewormed.

Chrissy also had a general check up. His eyes are already looking much better!
He's a very playful, super friendly little boy so we hope to find the very best home for him!