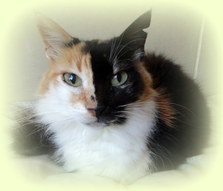 NINA crossed the Rainbow Bridge.
She came in a very bad state since last Sunday and today we had to make the most difficult decision, not to let her suffer….
RIP dear Nina

Everything has a reason…..
NINA left us today and tonight we had a phone call that a kitten was found. His mother was killed by a car and the boy who found him couldn’t take him in.
So he came here…. the most lovely kitten…
We named him NINU, as a tribute to Nina. 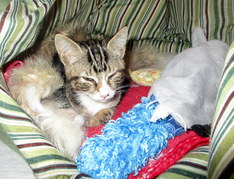 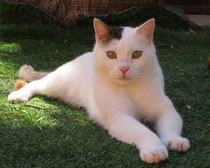 Fuxa had to go to the vet for a check up.
His back legs were still infected so he got another antibiotic injection and a steroid injection.
He will always remain a "problem child" as he has a very sensitive skin; every summer he has spots on his nose and ears which used to worry us a lot but it seems to be a sun-allergy and after summer he's ok again.

Fuxa and Nina went to the vet.
​ 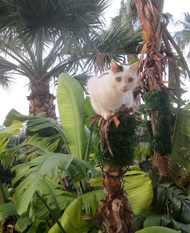 Fuxa lost the fur on his back legs and it looked very bad.
He has an allergy (we don't know for WHAT....) and he has a very bad infection.
The vet shaved his legs, cleaned the "wounds" and gave him a long lasting antibiotics injection.
In two days he has to be seen by the vet again. 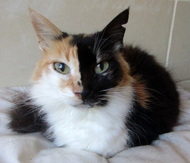 Nina came in our care one year ago (on New Years Eve) after she had a severe operation. She always lived in the streets of  Floriana, but one of our members who used to feed her, saw that she had a big lump and took her to the vet. She had a big tumour which was removed and came in our recovery. She was in a very bad state but recovered very well and after her recovery we didn't have the heart to put her back in the streets so she remained here. We noticed that she was drinking and peeing a lot so we did a blood test; what we expected: she had severe kidney problems.
The vet said that with medication she would maybe live another year, without medication a few months..... We've tried all medication but it was impossible to give it to her so after some time we decided to stop stressing her out every day and just let her live a happy life...
This week we saw that she had big lumps on both sides and expected severe kidney problems so we took her to the vet for an examination.
The vet couldn't believe that she was still alive, her kidneys are as big as a tennis-ball and she developed another tumour next to her kidneys.
But.... she's eating, is happy and not in pain so we decided to let her live her life, let her eat what she likes and keep a close eye on her.
She's old and for sure she won't live long but we'll try to give her the most happy life!

Munchy and Heppin went to the vet for their vaccinations; Munchy had his first one, Heppin her second. 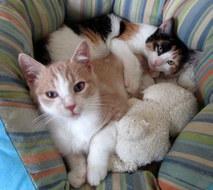 A female was neutered. 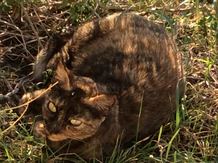 3 December 2015
A male and a female were neutered.