PLEASE PLEASE consider to donate as besides the expenses for food we're having a lot of vet expenses!
We need € 2000,-- monthly

PURDY is back home!

PURDY is eating well and can come home tomorrow!
Good news of course but we're very upset as we were told by the vet that she's blind! Most probably caused by her disease and there is a chance that she'll see again in future but the vet can't guarantee anything and doesn't want to give us high hopes....
She'll need antibiotics for 5 weeks.

PURDY is still on drip but she ate a bit last evening and this morning.

This morning we took PURDY to the vet as an emergency because she lost her appetite some weeks ago and she wasn't eating these last days although we tried EVERYTHING!
She lost a lot of weight and although we already had a home visit appointment for coming Tuesday we knew that we couldn't wait until that day.

We had to leave her in the clinic hospital as she had severe jaundice and when they tried to take blood for a test she became very aggressive (she scratched and bit the vet) so she had to be sedated to be able to take blood.

In the afternoon we were updated by the vet:
the blood test showed that her liver wasn't affected, thank God as that was our biggest fear!
The pancreas values were quite high and she's dehydrated so she has to stay on the drip for at least 2 days and she'll have a course of treatment: an antibiotic mix and injections against nausea which could take up to 6 weeks.

She was also tested for FIV/FeLV and fortunately the result was negative!
​ 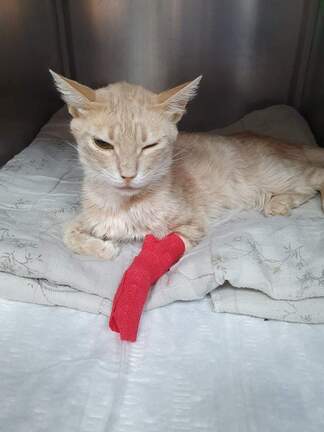 We're having a lot of problems with FRANK; he's very aggressive and caused a lot of fights with our other (friendly and quiet) cats.... they're all very afraid of him and we were at our wit's end as of course we don't want him to traumatize our other cats but after trying calming diffusers, calming spray etc. there wasn't any progress.
Our vet came to see him and prescribed Prozac as she saw how severe the situation was.
At least he's a bit better now but still causing problems at least once a day....

Of course we won't give up on him as we know that for him it's difficult to live with all these other cats (he was the only cat in the house for 5 years) but from the other side we can't put our other cats through this daily stress.
Hopefully he'll get better soon.... 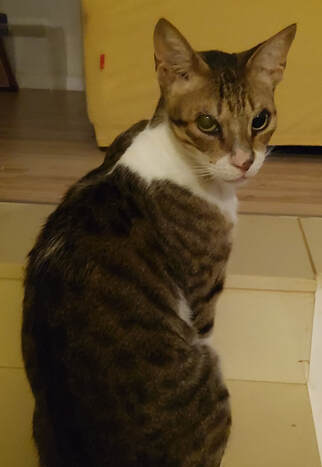 ROGER went to the vet for another dental.
When our vet examined him last week she already told us that his gums were very bad and that most probably all his teeth had to be removed to avoid further problems.
It was a difficult (long) operation and all his teeth were removed today.
Let's hope that this is the end of all his problems!

He also had a FIV/FeLV test (as these diseases are causing teeth and gum problems) but fortunately the result was negative. 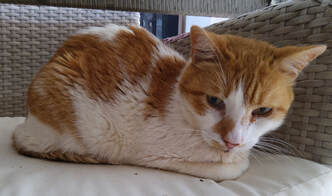 On Tuesday 6th July she still wasn't eating but didn't seem to be in pain and was being force fed.
Today she still wasn't eating and had breathing difficulties so a chest X-ray was made.
A bit later we had very bad news: she had a big tumor in her lungs and our vet advised to come to the clinic to take her home and see how she would go so Charlie went straight away to the clinic to pick her up but when he arrived and they put her in the carrier she got severe breathing problems and was put in the oxygen chamber.
A bit later her tongue turned blue and the vet thought she was already passing.
It was obvious that she wouldn't come out of this situation and the vet advised to put her to sleep...

We never expected this and we're devastated.

Goodbye sweet Pinky, we'll never forget you and you will be in our hearts FOREVER. 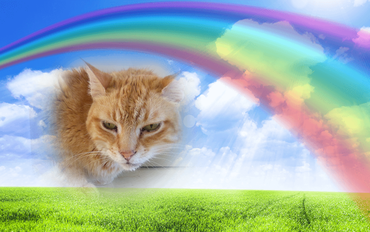 3rd July 2021
Our PINKY was still not eating and looked dehydrated, very sad and poorly so we contacted our vet yesterday evening and were told to bring her to the clinic this morning to put her on drip.
She was examined last Tuesday and a fragment of a root was still showing (after a dental) so she needs another surgery but when she's weak it will be very risky to operate her so we took her to the clinic hospital this morning.
Hopefully she'll be better soon so she'll be healthy enough to undergo another surgery.
We know she's in the very best hands but it's always very upsetting for us when one of our babies is in hospital. 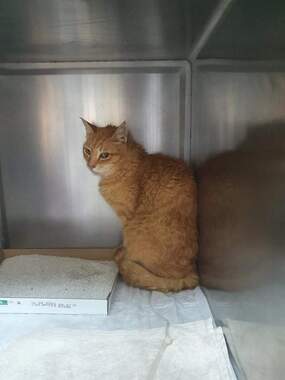 in hospital on drip