Copper Dewdrop wasn't feeling well so we took him to the vet yesterday. He had fever and got an injection to bring the fever down and an antibiotics injection.
Today he was the same naughty lively lovely boy again :-) 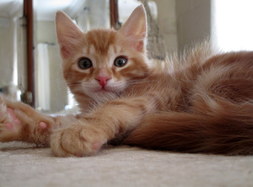 We took Lucy to the vet this morning as she still had breathing difficulties and was also still vomiting.
She was examined by our very dedicated vet, Dr Ilanit at Centru San Frangisk, who knows her history and took care of Lucy’s mouth and removed (almost all) her teeth. She was so happy that Lucy’s mouth was looking so well but was shocked to see the very bad state of Lucy today.
We made X-rays and these showed that Lucy had FIP (Feline Infectious Peritonitis); her chest was full of liquid what was pressing on her lungs and explained her breathing difficulties.
FIP can’t be cured and Lucy was suffering a lot so after a long talk we had to make the most difficult decision….
RIP dear Lucy, we loved you so much and were so happy that we saved your life. You’ll be in our hearts forever. 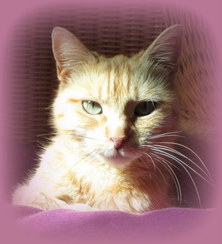 
Lucy was doing so well but last Tuesday she was vomiting everything she ate. Yesterday she had diarrhea and stopped eating. We were very worried so we took her to the vet today.
The vet couldn’t say what’s wrong with her as she doesn’t have any more symptoms so she gave her some injections to make her feel better and advised us to keep an eye on her for the next 24 hours. If she’s not better tomorrow we’ll take her again but today she already ate a little.
Fingers crossed! 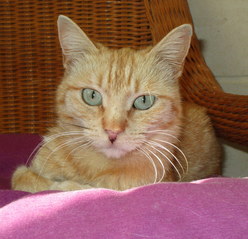 Tomy wasn’t feeling well. He felt hot and he looked a bit weak so we took him to the vet.
His temperature was 40.2!
As he had no other symptoms it was difficult to say what kind of infection he has but the vet gave him a broad spectrum antibiotic injection and an injection to bring the fever down. In the evening he was already feeling much better.
He’s having antibiotics for the next 7 days. 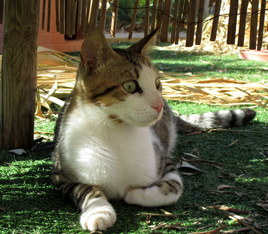 Another very sad day….
One of the most lovely cats we feed in a colony was attacked by two dogs (Fox Terriers) this evening and ripped apart.
We rushed him to the Animal Hospital (Centru San Frangisk) but nothing could be done for him; he was already paralyzed as his back muscles were ripped apart and we had to send him over the Rainbow Bridge.
So so sad… no words for this….
RIP sweet little Jack, we loved you so much and you will be in our hearts forever... 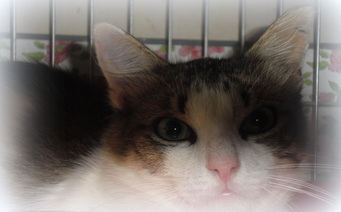 7 May 2015
Copper Dewdrop is almost 8 weeks old and became a very naughty boy!
As he doesn't have brothers or sisters, he has to play with "the big boys" but isn't bothered at all and acts as if he's one of them!

Lucy is recovering very well!
She's happy in her new room and is enjoying the fact that she can eat again!
She's still a bit shy but loves attention and cuddles.