MICHA and her daughter Sophia were surrendered to us 1.5 years ago because they were not longer wanted by their owners. Their excuse was that they were incontinent and that drove "the woman of the house" crazy. We were afraid that they would dump them in the streets (very common in Malta) so we took them in.
We never had to deal with Persian cats as usually we only have common stray cats so for us it was something new and we never had to deal with this long fur that gets tangled and matted. It was obvious that Micha was never groomed before so we took her already to the groomer the beginning of last year; this had to be done at the vet clinic under sedation because she doesn't let anyone touch her! She was in a terrible state and was so happy after!
Unfortunately her fur grew again a lot and still she doesn't let us even brush her so today we took her to the vet again (where the groomer comes) and she had a good groom.
The vet explained that her fur is falling out but isn't falling on the floor: it stays on her body and gets tangled and matted. This is causing a lot of pain as it's pulling the skin.
So.... Micha is happy again!
She's not a super-model but for us it's the most important that she's happy! 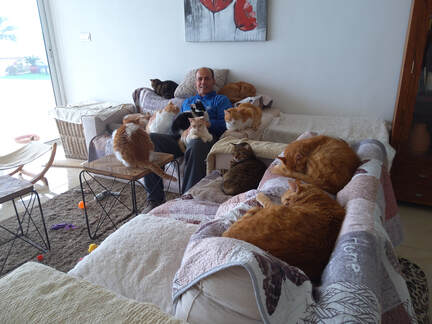 BABY BLACK recovered well, finished her antibiotics, and is now enjoying her freedom in a separate room.
She will be allowed to go out in the garden soon but the weather changed for the worst, raining and cold, so we're keeping her closed until the weather will be better.
Look at those eyes! She's such a little devil! :-)

Last night we found TIMMY not well, he was cold and sniffing and sneezing so we took him inside (usually he doesn't want to stay inside) and put him on a snuggle safe.
This morning we took him to the vet and he has severe cat flu (what we expected) so he had some injections, will have antibiotics for 10 days and several vitamin supplements for one month.
He has his own room now, cozy and warm, and is enjoying all the attention :-)
He's such a sweet little boy (he came from Mellieha Bay Hotel) and is taking his medication very well so we hope that he'll recover soon! 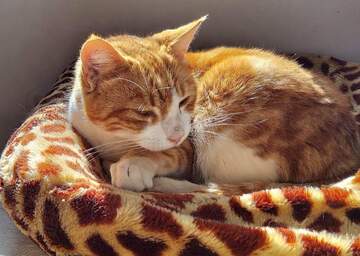 We had such beautiful weather in these winter months!
Unfortunately, according to the weather forecast, this will change soon but today our cats were still enjoying the sun!

The female who couldn't be neutered, because she had cat flu, finished her antibiotics was finally neutered.
It was about time as she was going crazy in the recovery cage but now she has another 7 days antibiotics. 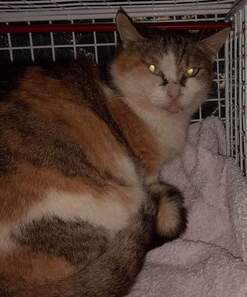 13.01.2023
BABY BLACK, who was taken to the vet already twice to be neutered, was finally neutered! YEAH!
She needs antibiotics for another 5 days and after that she will stay in our sanctuary as she's already 4 weeks here and we don't have the heart to put her outside again....
​She's not friendly at all! Hissing and hitting all the time... but anyway... we can live with that ;-) 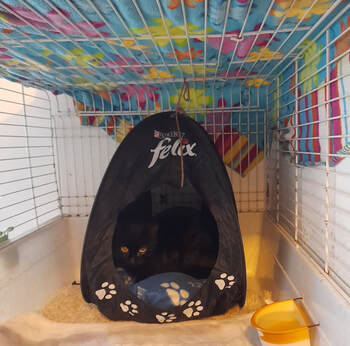 Another (beautiful!) big boy was also caught in a colony and at first we had our doubts as we thought that he had to be a home cat so we posted him on a local Facebook Page (Mellieha People) and asked if somebody was missing him but we didn't have any response so today his (big) coconuts were cut and he will be released in his colony in the coming days. 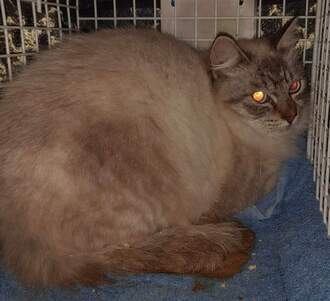 05.01.2023
Two cats were caught in colonies and were taken to the vet to be neutered.
One of them was BIG boy! NO more babies big boy! 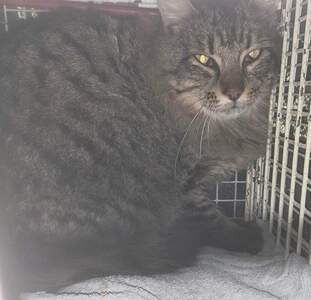 The other one was a girl, also quite big, but the vet couldn't neuter her as she has flu and needs antibiotics for 10 days so she'll stay in our recovery until she recovered and is ready to be neutered. 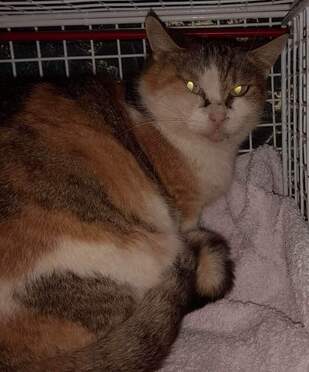 03.01.2023
Unfortunately our New Year started very sad.
​This morning we noticed that MOLLY wasn't well as she wasn't eating nor drinking and looked very poorly so we rushed her to the vet.
Her temperature was only 32 degrees C, one of her kidneys wasn't working and she was slowly dying.
​Of course we didn't want to let her suffer so we made the most difficult decision and put her to sleep.
​
Molly was surrendered to us in 2017 when her owner moved abroad (she was a stray cat who was living in her garden) and was never very friendly but of course we loved her dearly and we gave her the very best life.
Fly high dear Molly, you'll be in our hearts forever.... 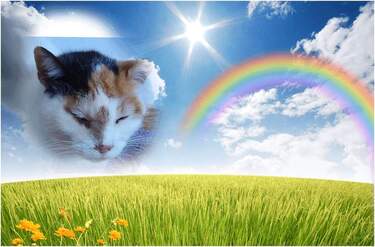