One of the cats who was neutered last week had a very bad eye which had to be removed after having antibiotics for one week.
Last Monday she was operated and is doing very well. 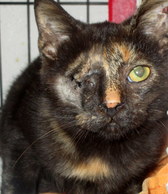 Furthermore three females and four males were neutered.
One of them was Copper Dewdrop, the others were all caught in other colonies. 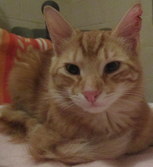 We’ve had some very busy weeks with catching and neutering and of course all the after care.
This besides ALL the other work: feeding 125 cats every day, cleaning, medication, etc. etc.

There are some serious problems in Mellieha: a lot of colonies are not neutered yet and we would love to help them ALL but we are just a small VOLUNTARY organization and we have just two hands and just 24 hours in a day.... just like everybody else.....

People report to us and expect us to help them straight away but when we ask them if they can help us in any way (catching, going to the vet, recovery, fostering -not even mentioning financial support-) they have all the excuses in the world.
The top of the list this week was: “I’m a grandmother of two grandchildren now so I don’t have time”. This makes us laugh but in fact it’s very sad….
They seem not to understand that WE have our lives too (although there’s not much left of it) and that we do everything UNpaid….. and: we’re paying the most out of our own pockets because hardly any funds are coming in and a LOT of vet expenses and a LOT of cat food has to be paid for as NOTHING is for free!

Just the same we’re doing our work straight from our hearts because we simply LOVE the cats but sometimes it’s not that easy at all and our lives would be SO much easier if we would be like most other people: just doing nothing....

On top of this we’re in the middle of moving premises at this time, also because of the cats, and should use ALL our (left over) energy to pack boxes, planning and organizing (which should be fun!) but because of all the problems in a lot of colonies, where people feed but never bothered to neuter, we hardly have time for anything because we still are doing a LOT of work.
At least two lovely persons are helping in catching and neutering these last weeks so we managed to neuter quite a lot but there’s still many to go….

Please help us and donate!
And if you’re living in the Mellieha area: please offer your help! Don’t just sit behind your computer and complain!

Rant over… this just had to be said…..

This is not meant for the (few) people who are already helping us a lot! You know who you are.... we’re VERY grateful for your continuous support!
,
These last few weeks 13 cats were neutered (and taken care of).
Usually we ALWAYS take pictures but because of the work pressure, we simply forgot a lot of times.
These are a few of them:

We took Paswela to the vet on the 21st October. Two weeks before we 've caught her in a colony because she had an infected eye (one eye was already lost) and was very thin.
We managed to cure her eye but although she was eating a lot, she remained very thin so we took her to the vet and asked for a FIV/FeLV test (cat aids and leukaemia respectively).
Unfortunately the test came out positive for both FIV and FeLV, we NEVER had this before!
​Sooo sad but we didn’t have another option than to euthanize her as FeLV is VERY contagious and it’s not fair to the other cats to expose them to this horrible disease….
R.I.P. dear Paswela, at least you were in our care these last weeks and for sure you knew we loved you…. 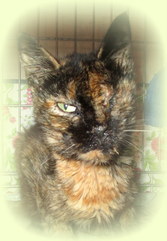 As if this was not enough (crying), the next day (22nd October 2015) we found one of our outdoor cats dead in the street, run over by a car…. We’re living in a small dead-end street but still some people are driving like crazy and don’t care about crossing cats who are coming to eat in our cat café…
R.I.P. dear Sheila. At least we saved you from a colony where food was scarce and we loved you a lot! 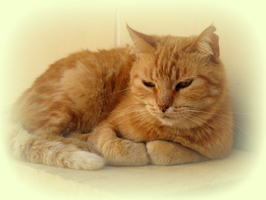