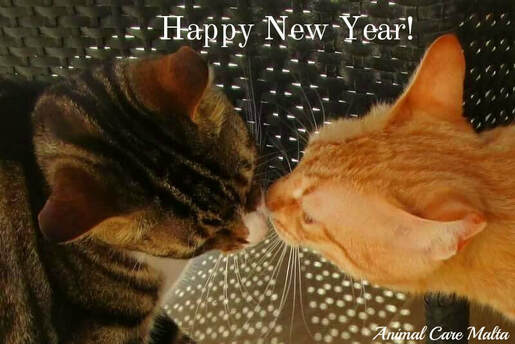 Mimi and her mother Molly came here in June 2017 when their owner moved to Germany and decided that it would be better for them to leave them here.
They are doing fine but last Monday we saw that Mimi was moving her right ear and knew that something was wrong; yesterday we saw her scratching her ear very fiercely and a lot of blood came out.
Unfortunately she is a stray cat and very difficult to catch so we didn't manage to catch her until today.
I took her to the vet and was told that it would be better to hospitalize her so she could have all medication she would need as we wouldn't be able to medicate her.
So I left her behind with a very heavy heart.... but I know she's in the very best hands.
This evening the vet told me that she didn't have polyps (what she expected) but maybe she scratched it off herself.
Her ear is very dirty, has a lot of wax and the wound is quite bad.
They're putting cream on it and will be giving antibiotic injections daily.
She'll have to stay in the hospital for 3-5 days but hopefully she'll be fine and will be home soon!

The vet has sent these pictures:

13th January 2019
Mama Sofia and her babies
​
Beginning November 2017 a pregnant cat (we named her Sofia) was brought here and we kept her cozy in our kitten room where she gave birth to 5 beautiful babies on the 19th November.
Her 2 boys were adopted together when they were 10 weeks old and although we prepared Sofia by taking her 2 boys our of her room for 1 hour every day for one week, she was VERY upset when they actually left. She was searching everywhere and didn't eat for 3 days.
We felt so bad and guilty and promised her that she could keep her 3 girls (although we received a lot of adoption requests).
It's a myth that mummy cats abandon their babies when they grow up, when enough food is available they'll stay together FOREVER!
Sofia is still very happy with her 3 girls and that's how we'll keep it! 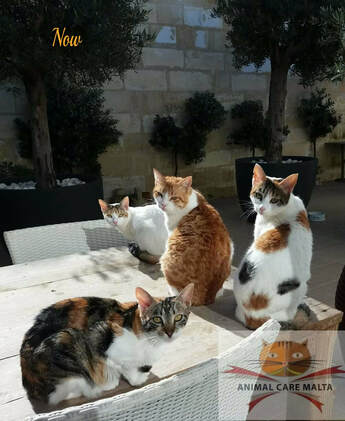 Billy-Joe
A scared, very hungry and dirty little kitten was saved from the stores in a super market (ValYou in Mellieha) on the 3rd September 2018.
With a lot of love and attention he became a beautiful naughty boy!

Happy cats in one of our cat (bed) rooms 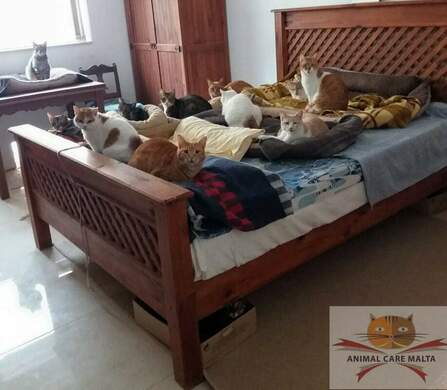