PLEASE SUPPORT US WITH A DONATION! 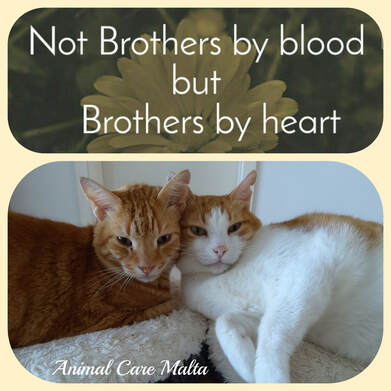 just a sweet picture of Luigi and Dean

We're trying to find a good home for FRANK.
In April 2021 we received a message from a woman saying that she was going to put him to sleep if we didn't take him or home him "as he was sitting on her son's face"...
She brought him from Abu Dhabi and he was 5 years old at that time; too sad for words but I found a good home for him so everything seemed to be ok but unfortunately 4 weeks later they told me that they didn't want to keep him anymore "as he's very vocal and shouting all day..."
What could we do???? We didn't even know this cat but I went to pick him up the next day.

​And that's where the trouble began....
It's true that he's very vocal.... he IS shouting all day, especially when he wants attention, but we don't have any problems with only that.
The BIG problem is that he can't be with other cats: as soon as he sees another cat he SHOUTS and ATTACKS! Very bad... all our other cats are terrified of him so we have to keep him separate which is not fair on him.
He's 6 months here now, we've tried EVERYTHING and unfortunately there's no progress.

We've posted him several times on our Facebook page but nobody was ever interested in him so that's why I'm telling his story here and hoping and praying that somebody will open his heart for him!
He's 6 years old now, neutered and microchipped.
We are sure that he's a lovely cat when he's the only cat in the house, he loves to play and to cuddle and really deserves a home for himself.
Is there a kind soul who opens his/her heart for him?
​

We've caught and neutered 7 cats in our colonies this month.

We noticed that Dean had peeing problems (again) so we rushed him to the vet. We were afraid that he was blocked but fortunately that wasn't the problem. He has a urinary infection so he had an antibiotic injection and a course of antibiotics for 10 days from tomorrow. 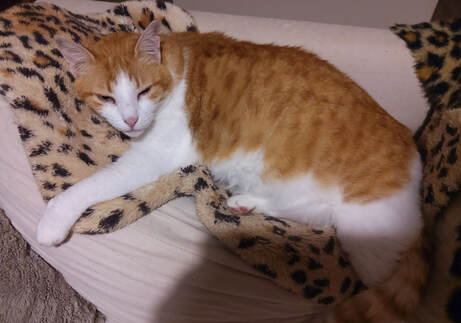 Happy to be back from the vet!

On the 11th September we took in MICHA and SOPHIA, a mother and daughter who were not wanted anymore by their owners. We were told: "They are incontinent and my wife got a depression and is suicidal because of them".... pfffff....
They are 8 and 6 years old and always were home cats....
Usually we're reluctant to take in home cats but because we were afraid that they would just throw them outside we decided to take them in.... poor babies....
At first they were very upset and afraid but they they found their way although for sure they still miss a home of their own; we'll never understand how people can be so heartless!!!
They're over 8 weeks here now and they NEVER did anything outside the litter boxes so they are definitely NOT incontinent! They just wanted to get rid of them....

​To make our week even worse, SPOETNIK deteriorated all of a sudden.
We expected it as he was very old, most probably around 20 years, and he wasn't in a good shape lately but he didn't have any signs of sickness.
This afternoon he was just laying on the floor so we took him into a room on a nice bed as we knew he would be leaving us soon.
In the evening he took his last breath....
Although he was old and we were expecting it, we never get used to it and we ended the week in more sadness...
​Fly high sweet baby. 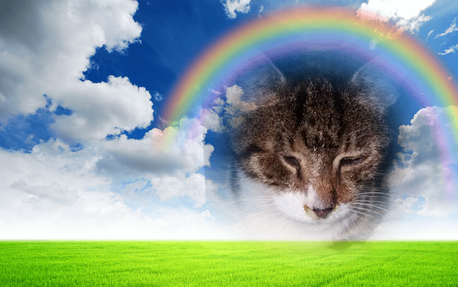 The fever of KISS KISS went up to 40.5°C and the vet told us that the antibiotics and steroids didn't work.
The diagnose of the vets (there are 4 vets in the clinic) was: dry FIP.
There's no cure for this disease and it's contagious for other cats so we had to decide to put her to sleep...
We're heart broken as she was so young and such a beautiful girl.
Fly high little sweet baby.
​

KISS KISS had very high fever today (39.8), is on 2 kinds of antibiotics, one very strong, and had a steroid injection. 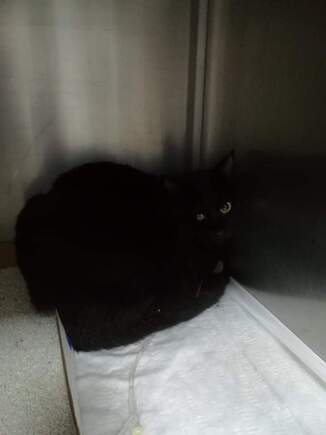 DAZZ went to the vet and had a dental.
Eight teeth were extracted and he's on antibiotics for 5 days.

KISS KISS was also taken to the vet as we saw she wasn't right.
The blood test result was that she has a urinary infection and kidney problems.
She had to stay in the clinic on drip. 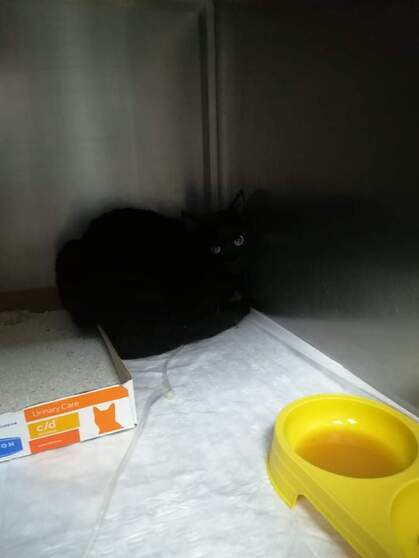 TOYA had her 2nd vaccination 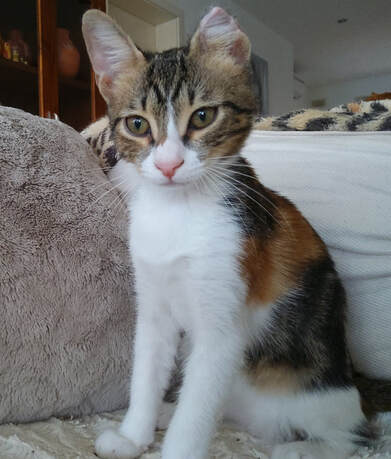