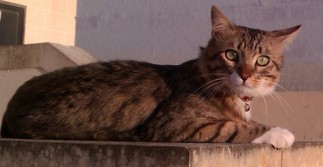 30 May 2016
Unfortunately MoMo was found dead in a garden. He wasn't one of our cats but we knew him since he was a kitten.
We don't know what happened to him but most probably he was hit by a car and went to die in a garden.
This wouldn't have happened if his owners had kept him inside....

​Munchie's back legs were still infected so he had a steroid injection.

23 May 2016
One of the neutered cats was released in her colony after being in our recovery.
Usually this is very upsetting but Luna lives in a beautiful colony and is taken care of very well by her feeder Joanne Vella.

Baby Champ has a lot of "mummies and daddies"; mostly daddies as Fuxa and Mickey are both males but act like mummies for our little kittens.
Especially Fuxa is the best babysitter, he already took care of a lot of motherless kittens and teaches them what normally their mummy would teach them.
​It's really wonderful to see this! 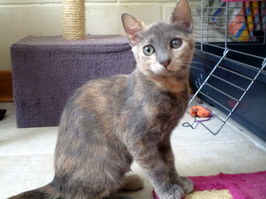 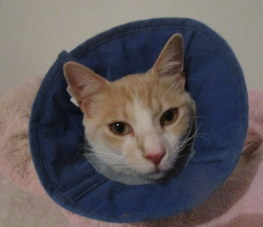 ​Munchie's back legs are still infected
According to the vet he's making it worse by licking it so he has to wear a (soft) collar and has antibiotics for 5 more days. 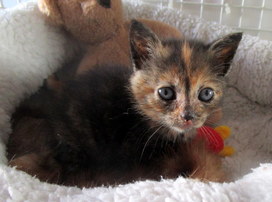 ​A small kitten was found in the middle of the road in Mgarr.
We named her Baby Princess and she will stay in our care.