28th February 2019
Fonzi and Mickey are both doing well.
We were very worried about Fonzi as he wasn't eating; it looked like he didn't know how to eat with missing teeth on both sides... poor boy!
The vet told me to give it some more time as his teeth were difficult to remove.
At least he started eating yesterday evening and today he just couldn't stop eating!

Mickey was already eating yesterday evening, such a relieve!
​According to the vet, his teeth came out very easily so he won't have much problems.
Last night he couldn't stop cuddling and kissing me! It was like he was thanking me that he wasn't in pain anymore.
I almost cried with happiness....

We are in the dentals!
Today we took Mickey to the vet as we thought he had problems with his teeth.
Our guts were right as 5 rottened teeth were extracted! 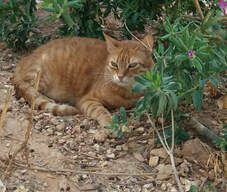 Fonzi went to the vet today for a dental.
His teeth were really bad and 4 teeth were extracted.
​ 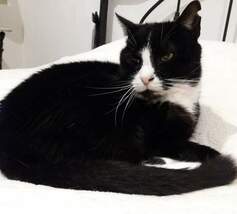 19th February 2019
LIVE ENTERTAINMENT!
Bird Watching
And YES! We need new scratch poles! (anyone would like to sponsor?)

​Mimi is doing fine. She's taking the antibiotics in the food and her wound dried up.

Last week, Tuesday 29th January, a female cat was neutered and brought here for recovery.
Usually we keep recovery cats in our recovery room but as we are having some construction works next to that room, we're not keeping any cats there at this time as it would be too stressful for them. As we don't have any kittens in the kitten room at this time, we decided to put a recovery cage in the kitten room so she would be in a nice and quiet environment but when I checked on her that evening, I found her freaking out! Jumping and climbing in the cage!
I was very afraid that she would hurt herself and decided to open the cage, she would be in the (safe) kitten room just the same.
The next days she remained very afraid, which is not strange being in a room she didn't know and with people she didn't know... we understand that and tried to make her as comfortable as possible and she came better day by day...
Last Sunday (3rd February) her feeder contacted me and told me that she would like to adopt her and take her into her home. Great news!
When she came to see her, Xuxa became a complete different cat! She was sooooo happy to see her feeder: cuddling and purring!
So the feeder took her home where hopefully she will be good with the other 2 cats.
​Happy ending!

1st February 2019
The vet contacted me today and told me that there was a problem with Mimi.
I got a shock (!) and feared for the worst but then she told me that she was very depressed and didn't want to eat. Not good of course but I was relieved that it wasn't anything more serious.
She had her daily antibiotic injections and the cream on her ear worked good (Predniderm) but to put the cream on her ear they needed 3-4 persons as she's a very difficult cat. This wasn't a surprise to me as I knew... otherwise I would never have left her there.
We had to decide what to do, which wasn't an easy decision but to leave her stressed at the vet wasn't a good option so we decided to take her back home.
She had an antibiotic injection today which will last for 3 days and from Sunday evening we will try to give her the antibiotics in her food; if she doesn't take this, we'll have to try to catch her again on Monday to take her to the vet for an injection.
Fingers crossed that she will take it in her food! 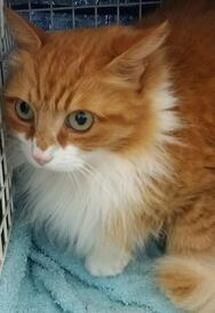