25 July 2016
FAYE went to the vet again.
Her cast has to be changed twice a week and she needs cage rest for 6 weeks; not that easy for a kitten but she’s a sweetheart.
It’s gonna be a long way as she damaged a tendon also and she will need physio therapy after her leg has healed but we’ll do everything to get her back to health. 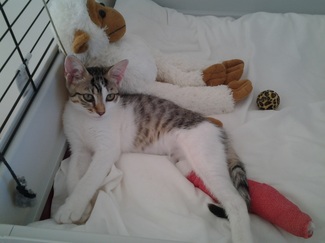 Faye was taken to the vet again today and she got another splint. I seems like this one is much better and we hope it's gonna stay....
She's a stray kitten, she was living in the valley in Mellieha, but is extremely friendly, rolling on her back and purring, unbelievable.
She got another painkiller/anti-inflammatory injection and we'll give her Loxicom from tomorrow.

Early morning a kitten was brought in with a broken leg.
We took her to the vet where she got a splint and an anti-inflammatory/pain killer injection.
Unfortunately she managed to take off the splint by the time we arrived home.... so tomorrow another vet visit. 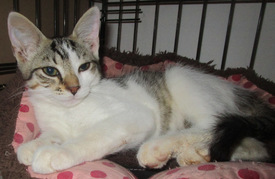 18 July 2016
Vet day
Champie (Baby Champ) and Lucia (Baby Princess) had a check up and their first vaccination.

Rocco is doing very well. He gained quite some weight and is back on his feet again (two weeks ago he couldn't even stand on his feet).
We did some blood tests:
FIV and FeLV were both negative.... thank God...
Because he's drinking and peeing a lot, we suspected kidney failure and did another blood test. We were right but at least it's not too bad and most probably he will be fine after 4-6 weeks on special Renal food. 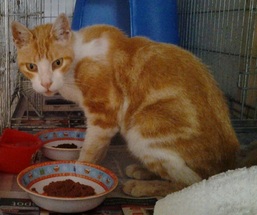 2 July 2016
This poor boy was brought to us today.
His owner abandoned him and he's skin and bones.
He's in good hands now and hopefully he'll recover soon. 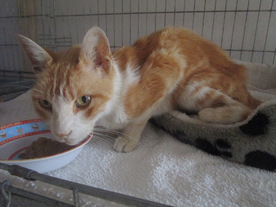 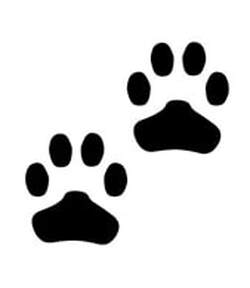