Gussy went to the vet and had 2 teeth removed.
He's very sensitive and was crying a lot but hopefully he'll feel better soon. 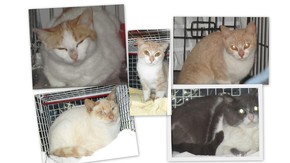 ​3 females and 4 males from our colonies were neutered. 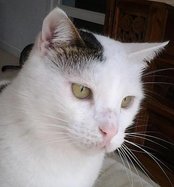 Fuxa had swollen lips again and fur missing from his back leg which became infected.
He got a steroid injection and antibiotics for the next 5 days. 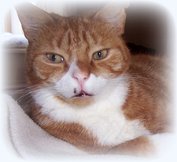 ​Gussy was keeping his tongue out all the time and was drooling.
He was already seen by the vet some time ago and nothing seemed to be wrong but we were worried about him and took him for another check-up.
We were right: he has one tooth showing the roots so this has to be removed next week.
For now he got a steroid injection to make him more comfortable. 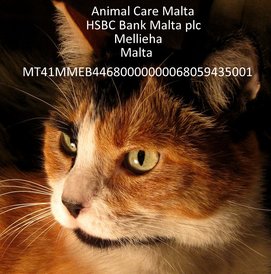 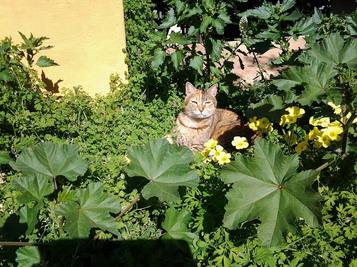