Click here if you want to adopt a cat virtually

On the 31st October 2019 one of the biggest hotels in Mellieha, Mellieha Bay Hotel, closed down; very sad as a lot of cats were/are living there and lost their "home".
We managed to help their feeders in finding some good homes but unfortunately there were some cats left.
Although we were already full up, we couldn't leave those lovely cats behind and decided to welcome them in our sanctuary.
Meet our Mellieha Bay Hotel cats and please consider to adopt one of them virtually! 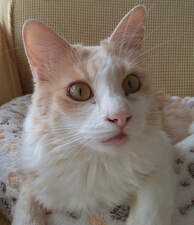 Born: approximately 9th July 2018
​Rescued from a store at ValYou Supermarket in Mellieha where he was hiding under pallets.

On the 26th September 2019 he had a heart attack and was very critical.
Thank God he survived but an ultrasound showed that he has a very bad heart and he needs medicines for life. 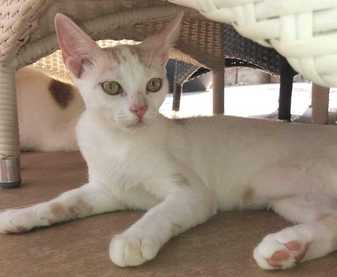 She took very good care of Billy-Joe when he was a kitten and still acts as if she's his mother! 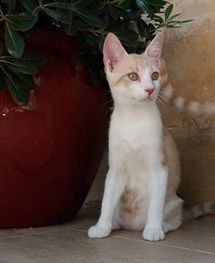 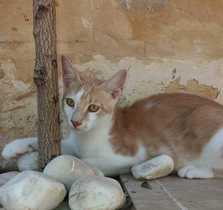 
Born 19th November 2017 in our sanctuary.
We caught her pregnant mother in a colony in Mellieha and she had her 5 babies here, in a safe and cozy place.
​

Was found on a pavement in Mellieha when she was just born.
​We bottle fed her and she's a lovely kitten now!

Was brought here on the 19th July 2016 with a broken leg.
We took her to the vet twice a week to change her cast for 6 weeks and fortunately she recovered completely! 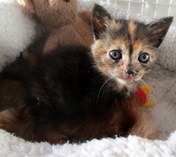 Was found abandoned in a busy road in Mgarr.

﻿﻿Kitty﻿﻿
​Showed up in a colony when she was only about 6 months old and before we could catch her she was already pregnant.
When she had her kittens a kind lady fostered her and her babies until they were homed and Kitty came here to let her milk dry up until she could be neutered.
She was neutered on the 3rd June 2015 and after her recovery we didn't have the heart to put her back in her colony after being inside for about 2 months so she will stay here forever...

Was found abandoned in Naxxar by Inga H.Nicholson.

The mother of six little kittens was run over by a car when they were only 3 weeks old.
Four of them found a lovely home but after 6 months two of them came back to us, due to personal circumstances of the owner, so we still have four of them in our care: Boomer, Duke, Rudy and Pinky. 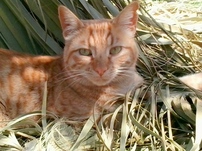 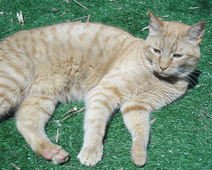 Had a peeing problem and was circumcised when he was 3 months old. This was the reason why we kept him here, together with his brother Boomer. 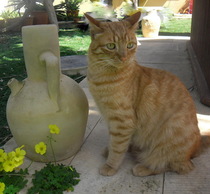 Born: 20 August 2012
Was adopted together with his sister Pinky but due to personal circumstances of their daddy they came back to us after 8 months.
They are the most adorable kitties!


Always together with her brother Rudy!
A very lovely girl!

Fuxa was found when he was just born

Please adopt one of these cats so we can continue taking care of them!

Thank you so much!